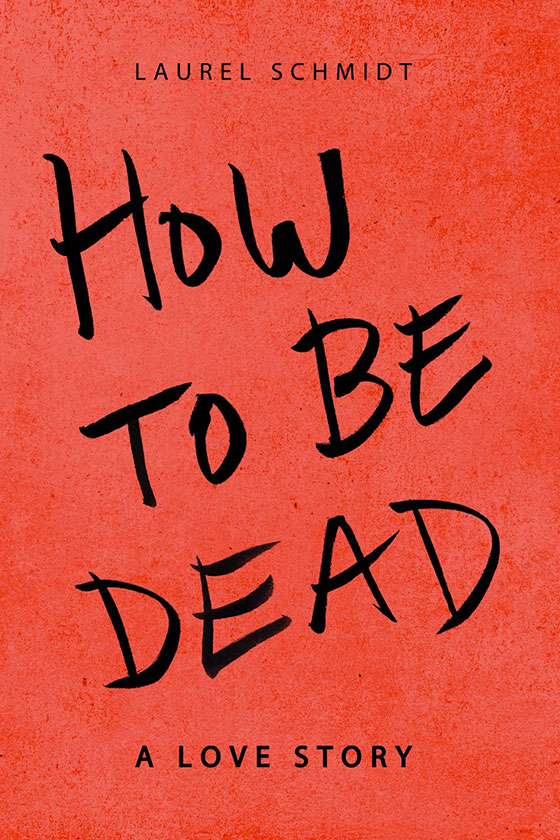 What If the Only Way to Live Again Is to Learn How to Be Dead?

How to Be Dead — A Love Story by Laurel Schmidt explores what it means to be fully alive — even in the afterlife. A tale told with humor, heart, and intelligence, it celebrates the power of memory and the lifesaving potential of an excellent espresso.

Frances Beacon, longevity guru and best-selling author of Sex, Drugs and Social Security, is at the peak of her second career when a New York City cab catapults her into the afterlife. Shocked, confused, and royally pissed, all she wants is to go home. Instead, she's enrolled in the University of the Afterlife, where over-achiever Frances turns into a dropout after being hit with a tsunami of obstacles.

She spars with a host of bureaucrats, misogynists, and a mysterious Court that can condemn her to frigus repono — permanent cold storage. But her fiercest opponent is her own heart, the force she must explore and embrace to win her freedom.

In this compassionate, comedic saga of self-discovery, Frances learns that the only way to live again is to learn how to be dead.

BUY ON AMAZON
BUY ON BARNS & NOBLES
BUY ON ADLIBRIS

AudioFile Loves How To Be Dead!

How To be Dead is read by the award-winning narrator, Barbara Rosenblat—"the Meryl Streep of audiobooks”. Hear all the characters brought to clamorous, hilarious life by this superb voice actor. According to Barbara, "This book has it all--romance, history, sci-fi and dogs! It's a cornucopia of literary fun!" Listen to a sample and see for yourself.

How to Be Dead—A Love Story by Laurel Schmidt

Barbara Rosenblat is exactly the right narrator for Laurel Schmidt's seriocomic vision of the afterlife. Frances Beacon, bestselling author of SEX, DRUGS, AND SOCIAL SECURITY, finds herself dead at age 65. Rosenblat is wonderful at conveying Frances's initial confusion and then disbelief at finding herself in some kind of way station between life and death. She excels at Frances's snarky attitude as she tries to make sense of what's happening. As Frances's past lives are revealed and she continues to resist retraining at the University of the Afterlife, where she's expected to learn how to be dead, Rosenblat enters into each scene with enthusiasm, sometimes making laugh-out-loud observations, sometimes tugging at one's heartstrings. Overall, an entertaining listening experience performed by an outstanding narrator. S.J.H. © AudioFile 2022, Portland, Maine [Published: MARCH 2022]

Praise for How To Be Dead

In this novel, a woman finds the afterlife surprisingly frustrating. At the beginning of Schmidt’s tale, Frances Beacon, “the best-selling author of Sex, Drugs and Social Security, who proudly declared that she’d live to be 100,” has one careless moment on Madison Avenue in New York City. She is wiped out by a taxicab 35 years ahead of her own schedule. Frances has never been against aging, but she’s always been bitterly opposed to “olding”—“blurting out your ailments to total strangers. Voluntarily segregating yourself in geezer ghettos with bad food, bad role models, and bad vibes.” Now, all such questions are suddenly moot. She finds herself in an astonishingly mundane afterlife, being guided through her new reality by a “Transitional Trauma Specialist” named Grayson, who describes himself as “part guide, part counselor. Compassionate probation officer with a little concierge thrown in for good measure.” Frances enrolls in the University of the Afterlife in order to learn the ins and outs of her new world, which features a lot of honest soul-searching but also great helpings of exactly the kinds of small-minded sexism she thought she’d left behind on Earth. And since it’s not in her nature to yield to the status quo, Frances soon becomes what one character calls “a one-woman rebellion.” Schmidt writes all of this good absurdist fun with unflagging energy, a surprising amount of life wisdom smuggled in among the satire, and, most of all, a consistently sharp, comedic ear—this is a very amusing novel. The author also delivers a moving story with an intriguing protagonist who recognizes her shortcomings. At one point, Frances confesses: “I’m not nearly as nice as I seem or seemed. You wouldn’t believe the crap I’d say about people waiting in the TSA line, but only in my head.” Readers will be rooting for Frances, flaws and all, from the first page. An unexpectedly touching, laugh-out-loud afterlife adventure. KIRKUS REVIEWS

When a woman suddenly dies, she finds the afterlife to be unlike anything she imagined in the outstanding fantasy novel How To Be Dead: A Love Story by Laurel Schmidt. Frances Beacon is a former social worker, best-selling author, and noted longevity guru. After living more than six decades, Frances inadvertently steps into oncoming traffic and winds up queuing in a waiting area. Her name appears in lights, and Frances meets the guide who will help her navigate the next part of her journey. Frances is not happy with the situation or the faceless administrator and what they expect her to do. She rages against the classes they force her to attend, the tests she does not understand, the court she cannot see, and her guide. Frances is unable to face her past and participate in self-analysis. However, if she doesn't cooperate, they will send her to a life worse than limbo. Can Frances get her act together and change her attitude? Or will she be forever stuck in cold storage, never to return?
How To Be Dead by Laurel Schmidt is a fascinating depiction of the afterlife. It is an eye-opening and heartrending story that depicts the difficulties some of us have in accepting new circumstances, including death. Well-written, the story has a complex protagonist, an intriguing plot, and a thought-provoking storyline. Dramatic and intense, the story arc builds to a surprising and satisfying conclusion. The main character, Frances, expects to live until she turns a hundred and is very frustrated when she discovers she died. Realistically portrayed, Frances's behavior and reactions to her sudden demise are natural. It is a stunning book that promises to captivate those who enjoy stories with an irascible female protagonist.

Rich in ideas, How to be Dead explores reincarnation and how history shapes our lives.  Characters from suffragettes to a Victorian life-coach breathe life into the afterlife. These inventive, often feminist figures speak in quick-witted, soaring prose that give power to the themes. Bantering dialogue is a consistent pleasure throughout the book, and the climax, when it comes, is clever: just when readers will be sure that Frances has failed, the novel turns. From there, we learn the story of Mac (the romance), and witness a breakthrough that will ring bells of recognition—and likely trigger tears.

Takeaway: A fiery fictional take on life and death sure to engage anyone who wants to rediscover that “life is a gift.”

Great for fans of: Camille Pagán’s Forever is the Worst Long Time, and Delia Owen's Where the Crawdad's Sing.

I was riveted from the second I picked up this book. Laurel Schmidt has a way of creating relatable characters and telling a story that kept me on the edge of my seat until the very last page. And I don’t think a paragraph went by where there wasn’t a sentence or two that made me think, “How the hell does she do that?” So brilliant, so funny, so smart. I was impressed with how she managed to weave in so many elements-- what makes us tick, past life experiences, unseen connections with others, different historical periods, and of course, the afterlife--while keeping it all grounded and humorous.

I loved the main character. Her journey from total confusion and irritation following her death to the utmost of clarity by the end of the book was laid out in such a brilliant way, taking us readers along for a very satisfying ride and parallel experience. And what a delicious ending. This was one of the most compelling novels I’ve read in a long time—truly an exciting and life-affirming read! — DANNY MILLER, JOURNALIST, CINEPHILED.COM

This book has it all---romance, history, sci-fi and dogs! It’s a cornucopia of literary fun. – BARBARA ROSENBLAT, ORANGE IS THE NEW BLACK

How To Be Dead featured on Books by Women! More laughs as the author and the main character, Frances Beacon, have a lively and hilarious interview. Schmidt asks some provocative questions and Frances launches some feisty answers from the other side of life.
http://booksbywomen.org/authors-interviewing-characters-laurel-schmidt/